The new building works featuring Marco Polo di Tessera airport have continued after the first instalment of the customs passage, with the second batch of the handler which then concluded the project in ATI with Eurogroup S.p.A. For the second batch of the Handler excavation works were carried out, the sub-services were built, the bedplate cast was covered and two 2-storey prefabricated buildings were installed for a total surface area of 1200 mq. with the supply and installation of other containers to be used as garages/warehouses. Two metal structures were also installed to cover the car parks for the electric service vehicles of the well-known airport. 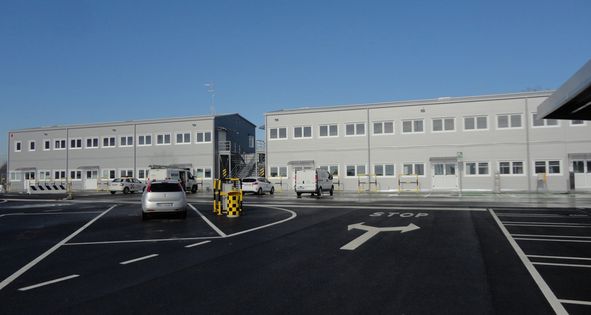 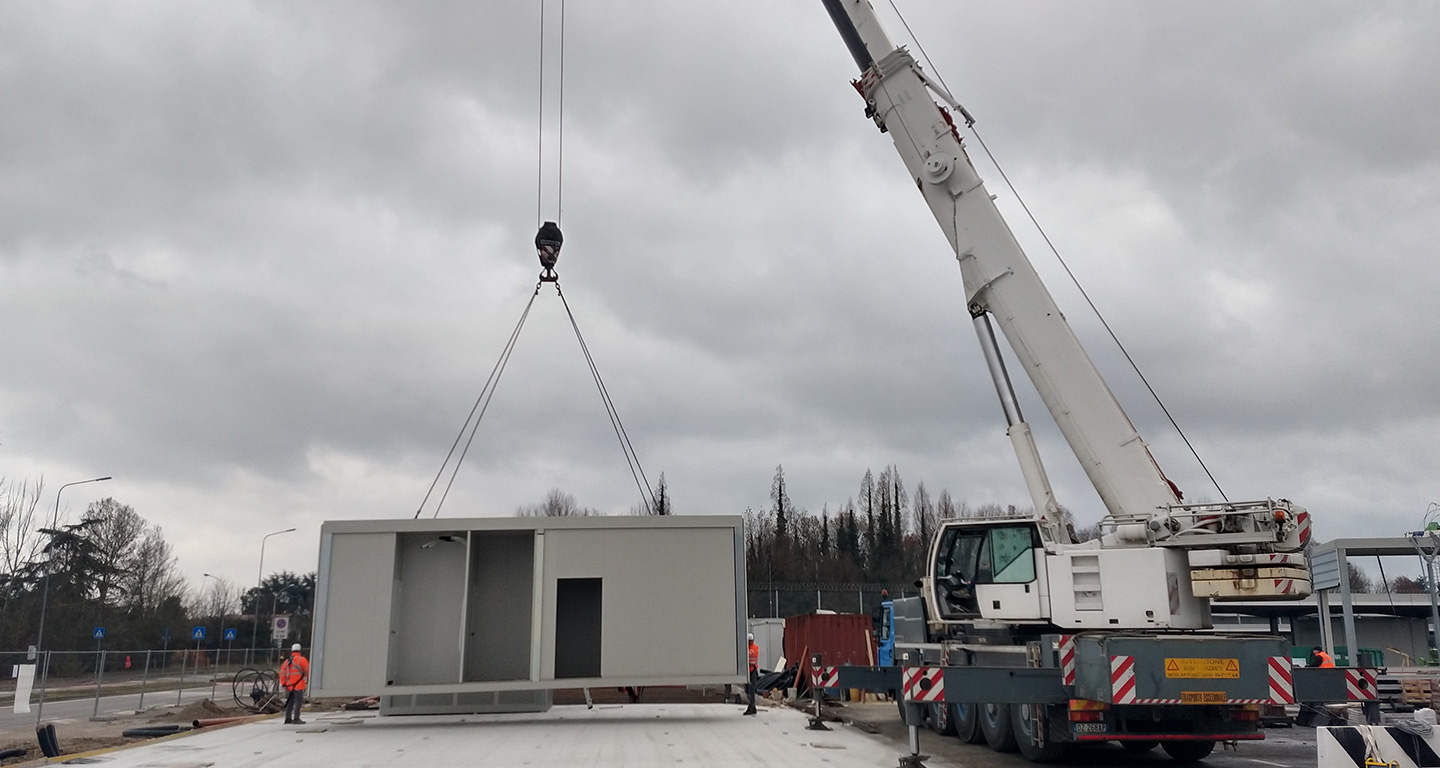 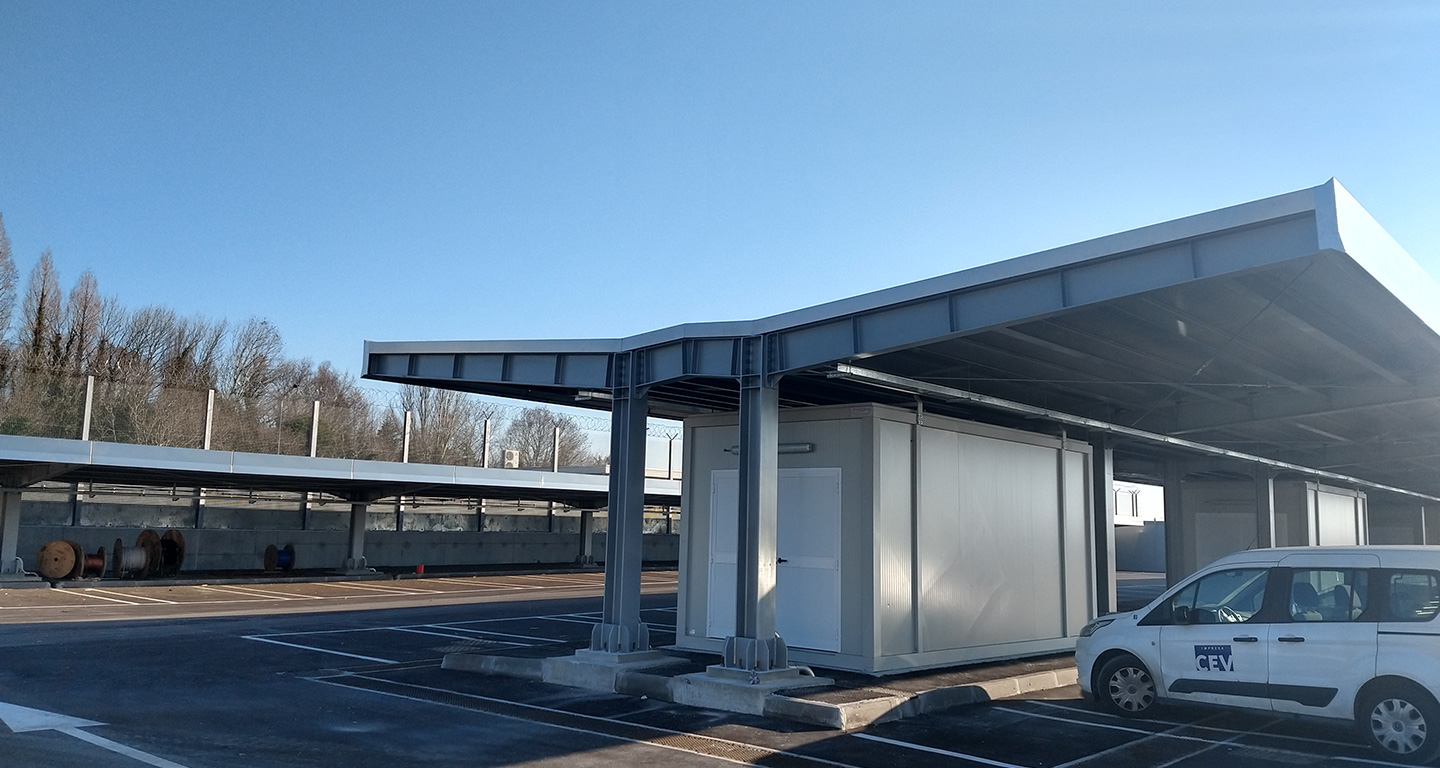